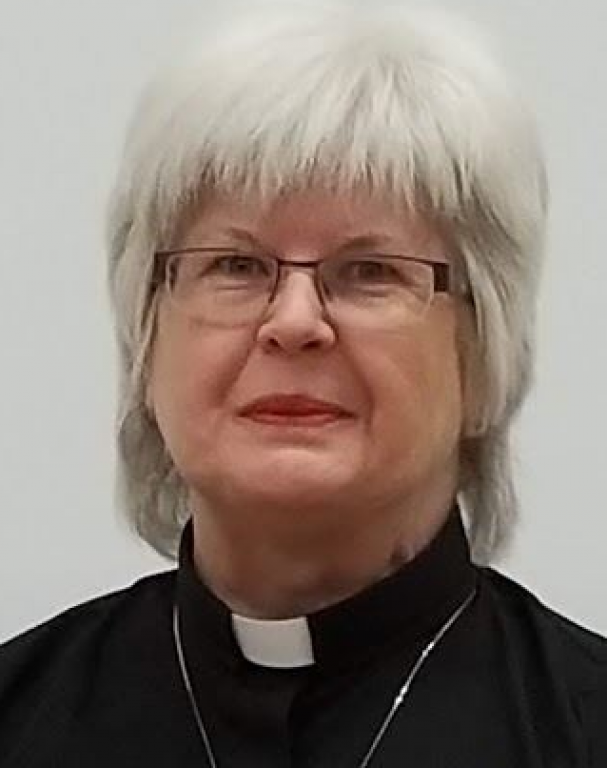 Ten years ago this Sunday three Sherks left Colorado for the next chapter in our lives. It was on August 30, 2010 that we arrived in Regina, the night before daughter Shannon started grade two. She is entering grade 12 this year as we would have expected.

We did not expect the educational and vocational opportunity that became available for me at Lutheran Theological Seminary. I am so grateful for that – and to you for the opportunity to be your intern. I know from what I have heard of both congregations that I will be receiving support and feedback and encouragement to help me develop pastoral skills. What a blessing. I will do my best to serve my new church families and honour your commitment.

In addition to Shannon, I have three married children as well. Roxanne is a police dispatcher near Denver, Sally is an occupational therapist working with autistic children near Seattle, and Paul lives in Lima, Peru. His company sells small solar lights that are affordable for families, as there isn’t much rural electrification in Peru. My husband Jerry was an attorney in the States who went back for a doctorate in environmental management and health. He currently teaches law and ethics to engineers at the University of Regina.

While most of my employment has been in church administration, my last gig in Regina before seminary was at the Legislative Assembly of Saskatchewan, transcribing their speeches into the Hansard and taking a turn in the chamber operating the microphones. I have since discovered it is much more pleasurable to listen to seminary professors. Going back quite a bit further, before university I was a U.S. Army sergeant. I always wanted to fly helicopters, but having to wear glasses prevented that. I became a helicopter mechanic instead. The quality control program dictated that I had to fly in every bird I fixed (you were a little less apt to leave wrenches lying around inside). Once you were up, the pilots would let the mechanics fly a bit.

When I lived in Norway for five years in the 90s, I experienced what life could be like in a more unified and compassionate country. I was thrilled when we had the opportunity to come to Canada. I was sure I was in the right place when I saw all the electrical outlets in the parking lot and concluded that lots of Canadians drove electric cars. I was quickly straightened out about the outlets, and learned that 40 below is the same Celsius or Fahrenheit. That said, I am now such a good Canadian temperature-wise, that I don’t think I could survive in a hotter climate again. We were scheduled for our citizenship ceremony in March, but it was postponed. I hope it will happen soon. We love Canada, and I believe the stories I heard about Saskatchewan being the friendliest province are definitely true. It’s kind of exciting being in such a new country, and I look forward to hearing your stories of how your families settled here. I am looking forward to meeting you all in person when we can worship together.

New to Bread of Life